Growing up we played many games some were ridiculous and somewhat absurd. There was one that we would play in groups and one would shout freeze or statue! Which meant those within the group should be still in the position they were in. Most of us were caught up in  ludicrous poses which were very uncomfortable. The gist of the game was when the one in play would try tickle or distract the “statues” from their pose. It was hard to keep still when tickles especially with feathers or blades of grass in obvious places. Slowly some of us learnt to ignore the tickles under our feet, around the armpits and other areas. But the areas around the ears, nose and eyes were most ticklish and as such we made rules not to use rouse them in the game.

Last night the Kenya Photography Awards 2016 went down in the Louis Leakey Auditorium at the National Museums Compound. Amazing moments captured and frozen in print were exhibited in different categories. Subjects caught in loudly unorthodox poses beneath endearing natural and creative lighting. The drama depicted in the pieces needed no mention as they sprang at our eyes with every glance.

This should be an inspiration to many to take up photography and pursue it passionately. 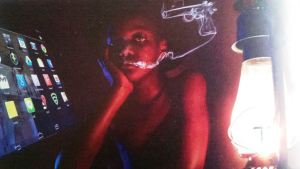 One of the outstanding moments of the event was when one Iteba Alloys who won under the creative series category. 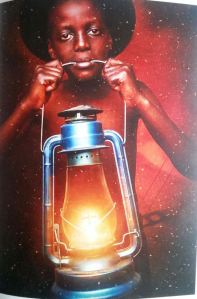 His series dubbed “the Lantern of Hope” was shot at night with his little brother playing the subject holding a lantern lamp. 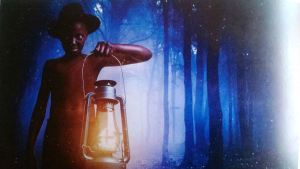 Alloys is truly a creative and as he finished his award acceptance speech – he proposed to his girlfriend! Romance is daring and love’s fire is unnerving and stunts the unimaginable. As we grow older we are safe in what we know and what is sure. When you play “what ifs” they may discourage such a bold move as Alloys did yester night. Much to his delight the girl accepted the proposal. We wish them the very best in their courtship.

A well deserved win and a fiance for Alloys. Captured in time as a wonderful frozen moment. Hongera! to those who won and Baraka! to the many entrants and nominees. I am challenged to participate in the coming year.

Error: Twitter did not respond. Please wait a few minutes and refresh this page.